Is there such a thing as generic test scripts? How many implementations or upgrades have you gone through where you’ve tried to use previously published scripts to ‘shorten’ the time spent writing?

Personally, I’ve used software to automate testing and written scripts for them.  Plus done it manually.  I’ve written scripts in Word and Excel.  If I went through my library; Lord only knows how many scripts are there.  And yet, at each client, there I sit rewriting what has already been written!!

Why?  Because each client has a unique set-up of ChartFields and modules.  I’ve tried making things generic enough that the datasheet will hold all my values and that will work for system tests, but won’t do a thing for integration testing.  The patience doesn’t exist in my universe to create scripts that could function across all possible variations of module/ChartField combinations for integration testing.  Heck, I could have a stroke if I just thought about it long enough.

Does all this bellyaching mean that its pointless to try? Absolutely not!!  Your library will still save you days when compared to building them from scratch.  And one of the formats you’ve used may also help the PMO with templates.  So plod on my weary ones.  Some day one of our brilliant colleagues will come up with a plan to shorten this mind-numbing task of ours.

Visions of paradise, cloudless skies I see
Rainbows on the hill, blue onyx on the sea 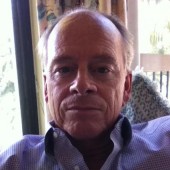